The native in question is baffled at this stage and wanted to know how to clear off his heavy load as per vedic debt astrology of his horoscope.

Based on the given birth details DOB 27-6-1968 at 2:01 AM in Mumbai, Maharashtra, India and the analysis is done as per KP vedic astrology padhatti / system.

Myself being an astrologer, I would like to tell the native that there is no way in astrology to clear off heavy loan thru astrological remedies for loans. If this would have happened so, then all astrologers would have helped themselves first by taking heavy loans from bank and repaying it back by doing totka to get rid of loan /remedies. I am laughing. . .

The whole economy will crumble down if this starts to happen. Self-realization and doing right karma can only give the native relief from his heavy loan.

Astrology can only tell you about the upcoming situations and about the destiny / fate of one’s future. Understanding it and pre-planning the course of actions that needed to be taken in future can only help a native in minimizing the negative effect of the malefic planets during that period of time.

Let me be very clear that there is NO READY MADE REMEDIES to his problem. Understanding astrology predictions and acting and planning accordingly is also remedies to tackle situations.

From the horoscope it shows mesh lagna / aries ascendant with Saturn in 1st house, mercury sun venus mars and moon in 3rd house, Jupiter in 5th house, ketu in 6th house and rahu in 12th house.

The moon is in purarvasu nakshatra in mithun rashi / moon in Gemini sign and the current ruling mahadas is of ketu and after 01-10-2024 it will be venus mahadasa ruling.

In order to learn about loan repayment, one need to study the 12th cuspal sublord. The study of the mahadasa will let us know how the lord is giving its effect on the native in its ruling period and how does it give its results on repayment event.

From the horoscope the 12th cuspal sublord is rahu and its signifying 5,9 and 12th house in the planet level, mercury – 2,3 and 6th house in the nakshatra level and sun strongly signifying 3rd house as its untenanted in the sublord level.

Venus is in conjunction with mars signifying 1,3 and 8th house.

Venus is in conjunction with sun signifying 3rd house.

From the analysis it is seen that the native can clear off his heavy loan in re-paying in small installments and thru communication he can mend the situation, although the money taker party will create mental tension and pressure but the native is mentally very strong to sustain such pressure as a had a lot of practice of it.

Now the plan and forecast is not coming correct and so he had to always cut a sorry feeling every time. So the native should not make big commitment at present time. 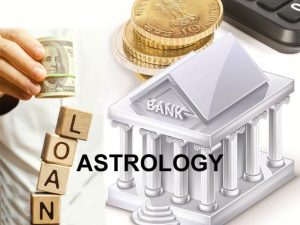