This was the question put up by a lady as she was facing hurdles and her marriage was not materializing.

Marriage prediction by date of birth according to vedic astrology can give answers to your questions like when will I get married, why my marriage gets delayed ? what age will I get married ? will I have love or arranged marriage ?
The guidance is very helpful in planning your plan of actions for future. 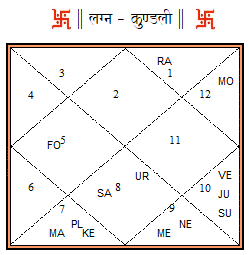 This is a horoscope of a native having Vrishabha lagna / taurus ascendant with mars and ketu in 6th house, saturn in 7th house, mercury in 8th house, venus jupiter and sun in 9th house, moon in 11th house and rahu in 12th house.
Moon is in revati nakshtra in meena rashi / pisces zodiac. The current running mahadasa lord is sun.

The latitude degree difference between sun and venus is with in 8 degree, so the sun and venus conjunction is considered. So as per conjunction with venus, sun will also give the results of the signification of the house of venus as 1,6 and 8th house.

So sun will signify extra 3,1,6 and 8th house apart from its own significations.

Full horoscope analysis to know when will I get married

From the analysis it is seen that the native will face many hurdles in getting married as few of the planets are non supportive for the event. In general traditional astrology when saturn is placed in 7th house then there will be issues with the marriage.
The native will get married but late.
For the determining the delivery of the event the current mahadasa period lord i.e sun is not supportive for the event. So we have to forget sun mahadas period.
Marriage will take place in moon mahadasa as moon is supporting the marriage event and it will be between 27–12–2026 to 27–7–2028 ( In between one and a half year period ).

My best wishes to the native for her bright future. 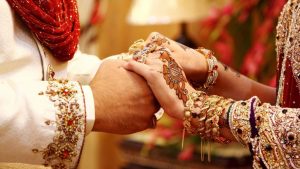