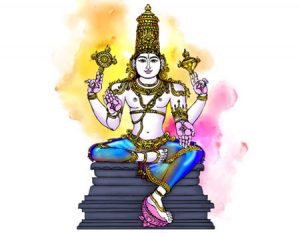 Presiding deity: The eight Vasus – the solar gods of energy and light.

Unfavorable: Aggressive; ruthless; inconsiderate; worried; can hurt others; makes up stories; lies; withholds information; don’t like to be told what to do; argumentative; too talkative; select incompatible companions; lusts after material; careless; sexual difficulties; delayed/denied marriage; wants everything for themselves; covetous of other’s success; self absorbed; narcissistic.

In astrology, Dhanishta bridges the signs of Capricorn and Aquarius. This nakshatra is associated with a musical drum and is referred to as the star of symphony. People born under this nakshatra often have natural music abilities and also experience good rhythm and timing in all aspects of life. There is an adventurous nature and a desire to travel associated with Dhanishta. The ruling deities, the eight Vasus, bestow a variety of personality traits that are reflected in the ability to live a good and prosperous life. People born under Dhanishta are insightful, charitable and have the capacity to unite people for a common purpose.