When I will get pregnant astrology

This is the lady in question, got married for many years and still could not conceive and there AM in Dibrughad, Assam, the analysis is made according to KP vedic astrology padhatti / system.

This is the first step in analyzing a horoscope as per KP vedic astrology. If the event is positive then only one should move to the next step for further analysis.

In order to understand when the native will conceive and study about her health issue that the native is facing for a long time, one need to analyse the 1st and 5th cuspal sublord.

From the 1st house or the ascendant we can know about the health of the native as 1st house of our horoscope also denotes about our health and the 5th house denotes the child birth apart from many other events of our life.

We also need to read the current running mahadasa to study the impact of the mahadasa planet on the native in present and in future. 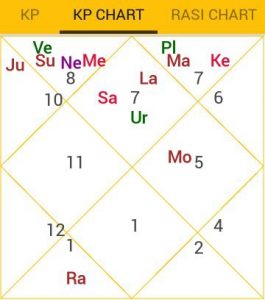 The 5th cuspal sublord is mercury and its strongly signifying 2 and 11th house in planet level as mercury is untenanted, 1,2,6,7,8 and 12th house in nakshtra level and 1,3 and 4th house in the sublord level.

The 1st cuspal sublord is venus and its very strongly signifying 1,2,8 and 12th house in all its signifying levels.

From the analysis of the 5th house, the much needed 2nd and 11th got qualified in the first planet level but in the nakshtra level and the sublord level it is negating the child birth very strongly.

The mahadasa lord rahu is also not supporting the child birth event as in the planet and nakshtra level significations are dominating the sublord level positive impact.

Under such significations, abortion and miscarriage are often seen with such native. By the time the rahu mahadasa will end, the native will become 46 years of age and then Jupiter mahadasa will start which also do not support the child birth event.

The 1st house or the ascendant analysis shows strong connection with 8th and 12th house in all its level which make the ascendant weak which indirectly denotes our body and our immune system and the present mahadasa lord is also signifying 6,8 and 12th house which again gives its negative impact on the health of the native and so the native will mostly need doctor’s attention.

When I will get pregnant astrology full horoscope analysis

From the overall analysis it is clearly understood that the native do not have strong lagna / ascendant as it has got 6,8 and 12th house connection which is not encouraging and also do not have support from good planets and the mahadasa planet is also not giving much support to the native so she is suffering more from health issues.

The horoscope also show more chances of abortion or miscarriage and do not support to child birth.

There are many other scientific techniques available today for child conceive, so its advicible for the native to seek guidance from the concern doctor of that field. 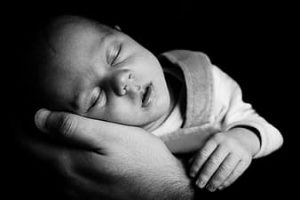 4 thoughts on “WHEN I WILL GET PREGNANT ASTROLOGY”