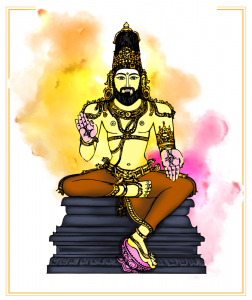 Symbol: The udder of a cow, Flower, a circle, an arrow

Unfavorable: Stubborn; selfish; arrogant; overly talkative; dogmatic; fundamentalist; overly sensitive; doubtful of their worth due to what others say about them; devotion can turn to victimization; get defrauded by believing in the wrong people; insecurities inhibit growth.

The symbol of this nakshatra is udder of a cow, again representing nourishment. The cow is revered in the vedic tradition and is a symbol of fertility and productivity. Brihaspati ( an aspect of jupiter ) is the ruling deity of pushya, who bestows qualities of benevolence, while saturn the ruling planet brings commitment and practicality. People born under this star have strong sense of family, home and community as well as an affinity for good food and social enjoyment. They need a balanced approach of life or they may become too comfortable or rigid. Pusya is the most benign of all stars and is considered a favorable nakshatra for spiritual pursuits. Those born under this star are dependable, generous, protective and calm.