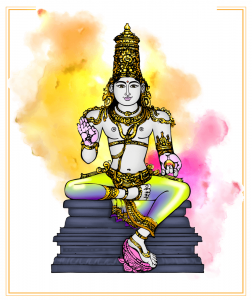 Translation: The Mighty One

Symbol: Palanquin the royal seat upon which the king was carried through his towns, royal throne room

Presiding deity: Pitris – Fathers of Humanity guardian angels that give protection in the event of calamities.

Favorable: Clear; intelligent; many admirers; positive; conservative; balanced; respectful to others; kind; helps others; love life and parties; dependable; likes to be honored for accomplishments; respectful of traditions; enjoys ceremonies; follows chains of command; does well when praised; likes to be served and given attention.

Unfavorable: Arrogant; hot tempered; prejudiced; jealousy; severe nature; resentful; has a strong dislike for those who dislike them or who treat them with disrespect; discontented when fail to meet goals; too high standards; susceptible to flattery; cruel to those who don’t show them respect; racial superiority; sensuality can create problems.

The name Magha translates as “Magnificent” and is symbolized by a royal throne. People born under Magha have the ability to use the power and position to attain their highest goals. The core of this nakshatra is achievement and nobility. Magha is ruled by the Pitris, the ancestors of the human race. Those born under this star have strong connection to their lineage and often have grand expectations from their children. Magha produces an appreciation for tradition and ritual. People born under this nakshatra take pride in where they came from and maintain established traditions. This star demands strong morals and can give honor and prestige if one follows an ethical code. Those born under Magha are magnanimous and have a regal, even lion like demeanor.