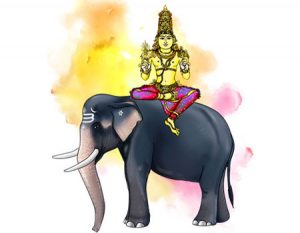 Favorable: Most successful of their family; keeps friends and builds a good support network; generous; self-reliant; eventually wealthy; takes charge of the family; passionate response to love; reputable; receives fame and honors; takes control; gets things done when they want to; virtuous; satisfied; talented at music; capacity for inventive design; creative genius; interested in the occult; can accomplish anything they set their minds to; want to make a difference.

Unfavorable: Angry; has family problems; too intense for others; self-important; egotism; hides their feelings and intentions; peaceful demeanor covers impatience and immorality; conniving; control freak; makes other dependent on them to gain control; possessive; dramatizes illness and troubles to gain sympathy; has many illnesses; many job changes; early troubles in life; tormented; hypocritical and secretive behavior.

This star resides at the heart of Scorpio and is many times larger than our sun. Jyestha means the “eldest” and is a star associated with seniority. People born under this star have the capacity for great accomplishment, but they must first learn to deal with their inner conflicts and wield their power responsibly. The symbol of Jyeshta is an earring or disc which represents the energy of Lord Vishnu and mercury. This bestow protection and intellectual abilities. Those born under jyeshta nakshatra will defend the vulnerable or underprivilaged. The ruling deity Lord Indra gives a shrewd and courageous nature. Jyeshta people must be cautious of the tendency to become overly concerned with recognition. Their generosity and charity is the key to establishing authority.