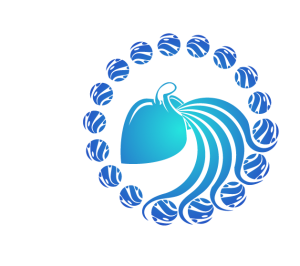 Aquarius sign is the more lighter side of Saturn and represents a communicator who works hard. Aquarius is the original 11th sign, that mean it represents the 11th house of astrology, and 11th house is all about communication, networking and socializing with friends. This is why Aquarius people have many friends and social circle savvy.

The height of the body is dwarf or medium. The forehead is small and face less attractive. They are imaginative, serious and spiritual in nature. Their back is wide and sound. They are behaviourists, kind and helpful. They tend to hide their character and are attracted to the opposite sex.

Aquarius zodiac sign native do not make friends easily but like the friends they have. When Aquarians first meet someone, they scrutinise them carefully not to determine their strengths and weakness, but to examine their ideas and beliefs. Aquarians want to know what others think, believe, and why.

They are afraid of sins. They acquire friends of higher status and caliber. Since Saturn rules this sign, these folks get easy gains in life through friends and network, and they get promoted much faster due to their contacts.

Aquarians traits are usually intuitive people, although not in the traditional way but do have clear mind in order to be open to new information, the Aquarian often leaps to the correct conclusion without knowing how they did so.

This is an interesting sign, with a combination of tradition and innovation. They seek new approaches to old problems and often have to contend with their inner traditionalist which resists change.

Although Capricorn personality are very focused mentally on the subjects which interest them, they have a tendency to be absent-minded, especially about mundane things in life. Imagine a brilliant scientist who cannot record his or her theory on paper until they find their glasses, which are pushed up onto their head.

They are not usually argumentative, nor do they talk for the sake of it. Conversation to these people is for the exchange of ideas, but they argue about principles and ideals which they hold strongly.

Aquarius sign people are extremely good observant and they are life-time students of human nature, loving to analyze why people do what they do. This often stems from a detached— even shy— personality, especially in youth. Whether due to character or conditioning, Moon in Aquarius people often grow up feeling “different”. Although rather sociable, they are often loners at heart.

Many have strong egos, or at least powerful defense mechanisms, and most Lunar Aquarians will do their best to be the most unique and unusual person they can be. Their inner feeling of loneliness—that they don’t quite fit in—puts them on the outside, looking in.

There is a very idealistic and progressive streak in Lunar Aquarians that is admirable indeed. However, when the Moon is in Aquarius, natives often will deny the more irrational qualities of emotions—such as jealousy, possessiveness, and fear—in an effort to be “above” what they consider “pettiness”. When this goes too far, Lunar Aquarians can be emotionally blocked, distant, and detached.

Lunar Aquarians can be very willful, especially in childhood. With age, these natives generally learn to handle their strong needs. Their desire for independence is powerful indeed, no matter what their age. With a quiet Sun and/or Ascendant, their desire to “shock” others is not always apparent until a relationship becomes comfortable. They are generally proud of their family members, boasting just how unique they are. When their families are ultra-conservative, the boast will be that they rebelled against all of that!

Although given to temper tantrums and willful behavior in youth, Moon in Aquarius people often grow up feeling that messy emotions are unappealing. They often pride themselves for being cool-headed, detached, and “above” what they consider the more base emotions. In the process, they can end up alienating others—and themselves.

Although Lunar Aquarians can be especially adept at understanding others’ behavior and motivations, they can lose touch with their own—simply because they have identified too strongly with what they aspire to be (and these aspirations are often super-human).

Aquarius sign compatibility  shows the tendency to be humanitarian and their kindness and concern for others is generally more a broad philosophy of life. With people close to them, Moon in Aquarius sign natives can seemingly lack compassion, as they often fully expect others to be as independent and detached as they are! In close, personal relationships, however, Lunar Aquarians generally give others a lot of personal freedom, and they will tolerate and enjoy all kinds of idiosyncrasies in people around them.

Moon in Aquarius sign people are rarely flighty people, but they can be unreliable when it concerns the little things in life. Often, this is simply an assertion of their independence. In the long haul, however, they are rather constant, as Aquarius is a fixed sign.

As long as they have their own space and the freedom to be themselves, however kooky that may be, they are trustworthy and loyal.

Lunar Aquarians generally make wonderful friends. They’ll make a point of leaving nobody on the outside. Many will fight for other’s rights and crusade for equality.

What may be surprising is that Moon in Aquarius people have a lot of pride. In fact, when they’ve been attacked in any way (especially regarding their character), they can become very inflexible and cool.

It can be difficult to know just how sensitive to criticism moon in Aquarians are, simply because they hide it so well! When their character or behavior has been criticized, they tend to dig in their heels and keep right on doing it. They fully expect others to accept them exactly as they are, or they don’t have much use for them in their lives.

These sometimes maddeningly unpredictable people are nevertheless quite charming. They have an unmistakable stubborn streak, but when left to be themselves, they make unusual and endlessly interesting people to be around. Life just wouldn’t be the same without Lunar Aquarians’ unusual spin on the world and the people in it.